Today’s focus: girls and education. The point was brilliantly raised by this author, who currently serves in Kedah (go hijau kuning!)!

I recalled when I was fresh out from Form 5 into national service (17 years old), I had this realisation that many of my fellow camp mates are already talking about marriage and some were even engaged before they were in the camp.

I vividly recalled one of our camp commanders mentioning that us as first batch were the ‘lucky ones’ since most of us will be going to college or university or joining the army forces later on (they even further organised a further education fair for us when in the camp). According to him, the later batches were usually school drop-outs or not planning to further studies, most even alredy has children or are pregnant at the time of entering the camp and have to be sent home a few days after.

Some of the lady campmates were even being abused by their partners and was found out during the initial medical check up, but they were too scared to voice out and did not want to take further actions so there is nothing much the camp commanders could do other than giving them ‘temporary shelter’ throughout the three month period away from home.

There is more than we can do via education, empowering our girls! And I definitely agree with my friend​ the next step will be via Women’s Health. =) 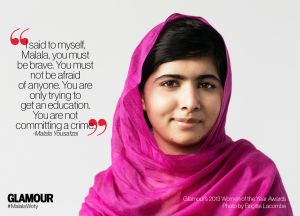 p.s.:
One Book recommendation:
– pretty quick read and interesting!
– do let me know if you managed to buy the book at a cheap price ok? have always wanted to read it but its too pricey!
– (I stood at MPH to read a couple of pages thus am able to give a quick review hahaha)

I write in the laundromat

diving in head first and writing what i can

The Physician Wellness Movement and Illegitimate Authority: The Need for Revolt and Reconstruction

Plus ça change, plus c'est la même chose / The more things change, the more they stay the same

Spiritual Formation on the Run
The WordPress.com Blog

The latest news on WordPress.com and the WordPress community.

my journey in medicine...

Through the lens of a curious medical student...

In My Father's Footsteps

Medicine is so much more than just diagnosis and treatment.

Through the lens of a curious medical student...

Who are we? Students... Aim? Making a change and achieving greatness !!!